On Tuesday, it was announced that Keith Walters will be Team Bath Buccaneers Hockey Club’s first Director of Club Hockey. Keith has a wealth of experience in his repertoire, having held multiple roles, ranging from: coaching West Masters hockey, playing international 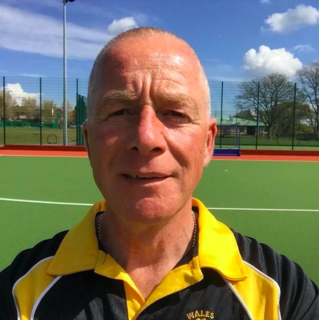 Masters hockey for Hockey Wales, Director of Hockey at Yeovil and Sherborne Hockey Club and being our current Ladies 2nd XI coach.

Keith Walters said: “I am excited to be taking up the role of Director of Club Hockey at Team Bath Buccaneers. The club is moving through exciting and challenging times, with a great membership throughout the academy and senior sections. The newly refurbished second pitch, to complement the existing water surface, provides great facilities for all our members to enjoy. I am looking forward to working with all club members and families and hope we can build on our current successes at National and Premier League.”

Team Bath Buccaneers are excited to see what Keith will bring to the club, when he is fully integrated into the role, with our Chair, Nick Kendall saying; “ We are pleased to have recruited Keith into the new role of Director of Club Hockey.  He will work alongside our Performance and Academy Directors to provide clear direction to the playing activities and support services as we take the club forward. Keith brings a wealth of experience to the role, including that of Director of Hockey at Yeovil & Sherborne Hockey Club. We are looking forward to working with him and wish him every success, within his new role.”

Keith started his role last Tuesday. The Executive Committee are sure the whole club will see him, in, and around the University of Bath Sports Training Village, as soon as our whole club pre season training sessions get underway, in September, whether that is him fufilling his Ladies 2nd XI coach commitments or fulfilling his duties as the Director of Club Hockey; we are confident his impact will be visible.