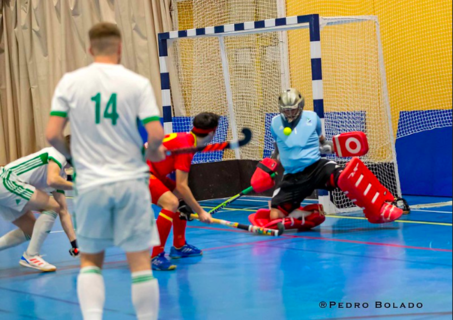 Team Bath Buccaneers had two players from the Advalus sponsored outdoor 1st team, John Jackson (Vice Captain) and Stephen West (who recently graduated from the University of Bath), representing Ireland Hockey after their 33-year hiatus from indoor international hockey, at the EuroHockey Indoor Championships III in Santander, Spain, from the 17th-19th January 2020.

Ireland did not have long to wait to get their indoor campaign underway again, as they were partaking in the opening game of the tournament, against a similarly skilled Welsh team. The game finished a 2-2 draw, with Buccaneers’ Stephen West making some great saves and John Jackson, scoring in the dying seconds of the match to level the game, a memory to remember.

Ireland’s second game was against a strong Scotland team, who went on to take overall silver. Scotland asserted their dominance from push back, scoring within the opening minutes. A small resistance from John Jackson and Ross Canning, scoring three goals between them, wasn’t enough to put a stop to the strong Scottish side, who put Ireland to bed with an 11-3 win.

Next up to face Ireland were hosts and eventually winners of the tournament, Spain. Spain started off strong with two goals in the first quarter and another in the second quarter. But large levels of resilience were on display within the final two quarters as no further goals were conceded, resulting in a 3-0 win by Spain. This left Ireland short of qualifying for the final and needing a win in their final game of the group stages if they wanted to qualify for the 3rd/4th play off; spirits and confidence levels were definitely high. 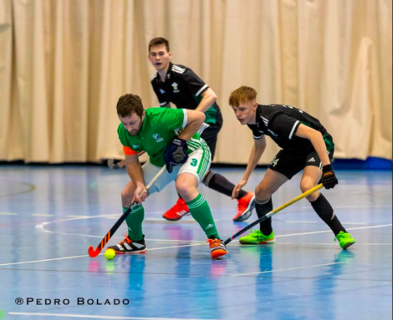 Ireland came out the starting blocks flying, with John Jackson leading his team with flare, putting them 1-0 up within 3 minutes. Ireland went into the half time break 3-0 and on their way to qualifying for the third place play-off. With another goal in the opening minutes of the third quarter, Ireland sealed qualification with a 4-0 win.

With the 3rd/4th play off being against Wales, Ireland knew it was going to be a tough game, going down to the wire, the game did not dissapoint! Wales went 1-0 within the first quarter, which could have hindered Ireland’s confidence and belief, as Wales continued to lead until a late resurgence goal form John Jackson (38min), catalysing another wonder goal from Ross Canning (39min), pushing Ireland into the bronze medal position with a 2-1 win.

Congratulations to both Stephen and John on a fantastic bronze medal campaign in Santander, representing Team Bath Buccaneers in immaculate style. A terrific achievement for both and definitely one for the memory books! 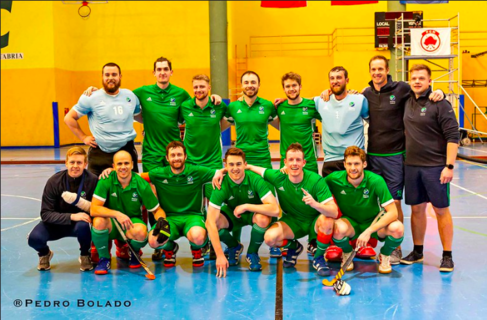