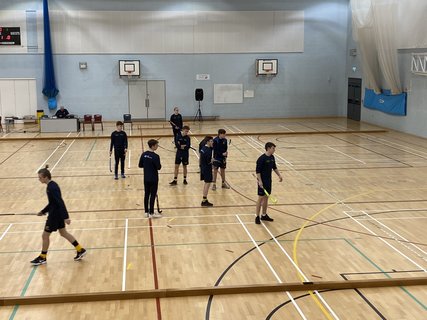 After the U18 Boys emphatically won their Super 6’s regional qualifier, all eyes were focused on the main competition of the indoor season; the Super 6s Clubs Finals. The boy’s travelled with high hopes and aspirations, with a real chance of coming away with the prized possession; the trophy and title,  ‘Super 6’s National Club Champions’.

First to face Buccaneers was Ipswich. A tough, fast paced and well fought game, with Buccaneers going into the halftime break leading 2-1. Another tough half saw the final score resulting in a 3-3 draw, with all 3 goals coming from the captain, William Prentice; clearly showing he was the right man for the job, leading from the front with flair.

After a rather long break between fixtures, Buccaneers were back out onto the pitch to face Sevenoaks, for the final match of day one. A solidly fought first half between the two sides, however, the opposition proving too strong, putting two past Buccaneers; going into the break  2-0 up. The emphatic skills being displayed did not disappoint the few committed spectators who stayed right up to the end of play, with Dylan Jackson stylishly putting the ball into the net leaving the game all to play for. Unfortunately, Sevenoaks proved to be too strong an opposition for the U18 boys, scoring a further two goals, putting the game to bed in a convincing fashion with a  1-4 win over the Buccaneers. 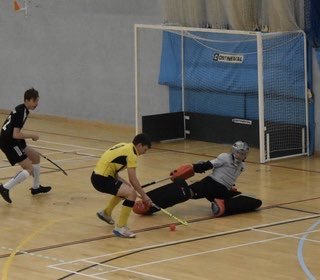 The Buccaneers Boys were back nice and early, playing the second fixture of day two against a strong Bowden side. A very even first half of play, with exuberant skills on display, neither team had managed to break the deadlock as both teams filled in for their half time team talks. Filled with confidence and drive, both teams came back out onto the field determined to take the 3 points. Unfortunately, Bowden’s team talk came into immediate effect, as they took the lead and continued to press home for victory. However, this did not put the Buccaneers boys off their stride, as back to back goals from Angus McDermid and captain William Prentice, put them in the sight of victory. Alas, to the boys disappointment, with end to end play Bowden managed to pull the scores level in the last dying seconds of the fixture. All round, an exciting spectacle for hockey with fantastic display of skills from both teams.

With one final game left in the group stages, against Repton, it was impossible for the boys to qualify for the semi-final, with a win securing 3rd spot in their pool and joint 5th in the country. With their fate already sealed, this did not seem to dampen their mood or performances, as the boys stepped up to the plate, sealing an ardent 5-2 victory over Repton, with goals from Ally Darton, Joe Mallet, captain George Nicholls, and two from William Prentice; placing him as second highest goal scorer of the tournament with 6 goals overall, a fantastic achievement!

It was a very impressive weekend of hockey by the U18 Boys Buccaneers squad, earning them title of 5th in the country. This is an amazing achievement, showing just how talented this group of young hockey players are, paying testimony to the strength of the, GGR supported, Team Bath Buccaneers Academy, posing the question of what is in stall for the future of the club’s 1st team. This was further reiterated by Team Manager, Jo McDermid, who said, before the competition, that she was “a little excited to have the privilege of going with this talented group of young men to the National Indoor Super 6s”, and will now feel as privileged to have witnessed their elegant performances over the two days. This should be a memory that will last with them for a lifetime and the boys deserve all the praise they receive, an incredible achievement! 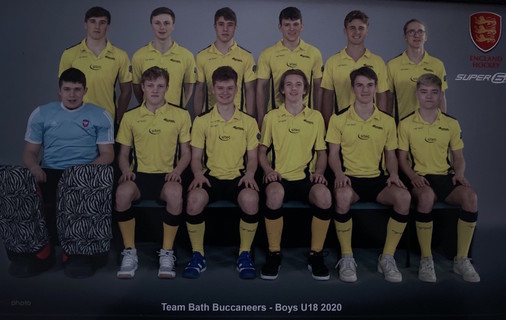