Peter Jackson has had a multitude of careers during his life. Starting off as a Navigating Officer in the Navy to becoming a Police Inspector in the Royal Ulster Constabulary and Police Service of Northern Ireland. Peter is a firm believer in transferable skills from the work place to sport, especially focusing on the effect tactical military developments and learning lessons from conflicts have on the adaptation on modern day sport. Peter is an avid writer, having assisted in publications on a number of books and articles and continues to write to this day. 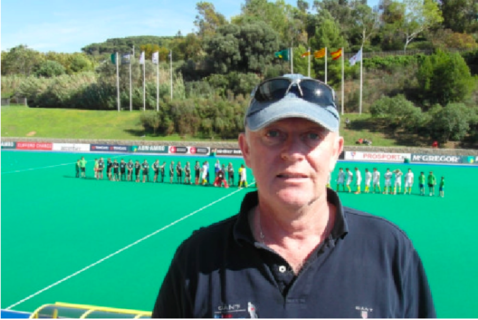 Not only has Peter had a prolific career in public service, his service to hockey is one filled with magnitude. Having been involved with hockey for most his life, he is a qualified coach and umpire, having coached International Teams world-wide for the last 15 years at multiple levels. Peter is a former Board Member of Hockey Ireland, occupying the position ‘Chair of High Performance’ and ‘Anti-Doping Officer’; notwithstanding, his position as the  ‘Hanging Judge’ on Hockey Ireland’s Discipline Committee.

Ian Cordwell, Team Bath Buccaneers’ Director of Hockey and Men’s 1st XI Coach, had this to say about Peter’s arrival: “It is very exciting for us all to have Peter on board. His experience and knowledge will help develop the young and developing squad we have in the 1st team and A team. We are very lucky to have him and I look forward to introducing Peter to the club this Sunday, when we play Southgate at Home at 1pm.”

Peter’s move to England and Team Bath Buccaneers came by pure luck through his wife’s work. Peter’s wife’s career is similarly filled with magnitude, not only is she a Major in the Army and Medical Officer for the Royal Artillery, she was the Army Medical Officer for the London Olympics and Commonwealth Games in Glasgow. Her sporting career carries much of the same weight, having managed Reading Hockey Club and other significant clubs around the UK and Ireland.

Team Bath Buccaneers are thrilled to welcome Peter to the club and are enthralled to watch the positive impact he will have on the Men’s 1st development and performance but also the entirety of the club.