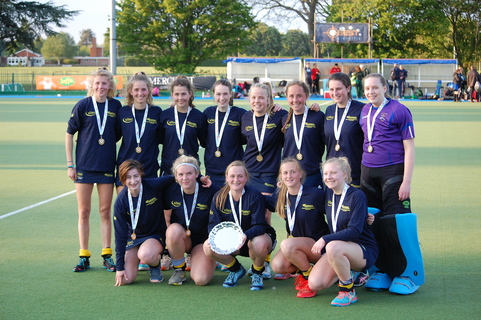 The game started not quite how we wanted, but after taking control of the ball in the second minute we opened the scoring with a top effort from Sophie Hamilton. This settled the nerves and we started to try and play the hockey we know we can. The opposition proved to be full-bodied in defence and there was some stout tackling, in some cases the tackle had not a lot to do with the ball which the umpires did not seem to see! Our offensive play continued to see many D entries which created many scoring opportunities which we could not convert. On the break, Sudbury had some threatening pace but both Molly Hunter and Sophie Gorman dealt with everything coolly and calmly. Kate Mallet was sharp when called upon and with the score line at one nil Sudbury threw everything at us. In the 28th minute of the half we had another good D entry leading to a penalty corner,  a well executed move saw Sophie Hamilton score her second goal. This was followed very quickly by another penalty corner which was converted by Olivia Hamilton. At 3-0 up the game was under control. This said, the opposition never gave up and our defence and half backs had to be quick to nullify the opposition’s healthy appetite for the contest. Kate Jones and Milly Walters worked tirelessly in the mid-field and distributed the ball well. The half backs of Annalotte von Velsen, Rafa Borries Gruber worked with great effect breaking up play and switching the play in the transfer. The half time whistle came with us in ascendency.

The second half started with a period of vigorous and strong pressure from the opposition. This at times was frenzied and lacked control which the umpires did deal with and two green cards for the opposition were correctly issued. After some excellent pressing for Imogen Hurst we forced an error from Sudbury which lead to a penalty corner which again was executed well with Alice Dymond slotting in an excellently well taken goal. At 4-0 the game was effectively won. To be fair to the opposition they never gave up and from one of our mistakes they scored a goal on the counter attack. What really impressed was our girls response to this. They went down the other end and in less than two minutes Olivia Hamilton scored her second goal with a lovely reverse stick strike. This was followed by two goals in a minute both from Ursula Olsen-Groome. These three goals secured the victory, but Lizzie White had the final say with a sixty third minute goal putting the final nail in Sudbury’s coffin. A 8-1 score line was well deserved.

On reflection it was a great performance to finish the season as it brought us the Trophy. That said, we have played better in other games against better opposition. Overall I commend the girls highly for their efforts and their commitment to the dream of silverware. They now have it and it was a fitting end for some of them who were playing thei last hockey match as A junior. I would like to take this opportunity to thank the players parents for their support in all aspects of supporting hockey playing daughters. That includes the emotional rollercoaster during matches.

Thank you to Henry Eriksson for his coaching (when he was there!) also a big thank you for Kieth Walters for stepping in and helping me when needed. I really appreciated the support he offered especially during the final. 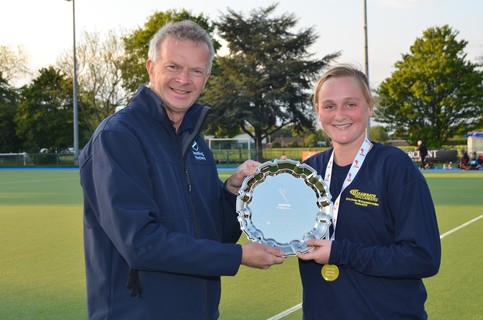 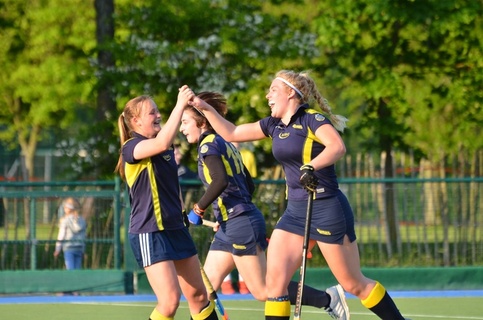