U18 Girls are runners up at the England Hockey Junior Championships.

It has been a great season for many reasons but for me Saturday’s final showed how the group of players stuck together when the chips were down.

The final score in the final did not really reflect the match. After a tentative start on what was a sticky pitch the girls got into their stride and started to play some good hockey. Repton’s high press caused us difficulty at times but once we had gone through it, the pitch opened up and many chances were created. Up until the last quarter of the first half Team Bath had numerous D entries and some great chances to score but could not convert or were thwarted by the Repton goalkeeper. Six minutes from the end of half time we made a couple of mistakes by given possession back to them when we had the ball and this Repton took advantage of. Two out of the three goals could have been avoided if we had kept the ball for longer periods of time.  Going into the half time break 3-0 down did not reflect the half of hockey we had played but it is sometimes how the cookie crumbles on a hockey pitch. It must also be said that there were some bizarre decisions made by the umpires that in my opinion spoilt the contest for both teams. On that matter I am grateful to the umpires, but players need consistency and above all fairness and I do not think both teams got either in the final.

In all their matches this season they had only been down at half time once so in some respects this situation was uncharted water, but some had played in the indoor semi-final when we had fought well in the second half. After a very constructive half time chat the players came out and really out played Repton in the second half. In fact, I only think Repton had about two or three D entries which they score one goal from. On the other hand, we created so many chances that we could have been all square at 3-3 after the first 15 minutes of the half. Some good defending and keeping prevented us from finding the back of the net. We did eventually score with a well taken effort from Anna von Keller but it proved to be too little too late. That said, a 1-1 second half performance proved that we could have won. As both Mr Ericksson and I said, “we would have loved to play the game again.”

I would like to say thankyou to all the players for making the whole experience tremendous fun and enjoyable. Winning is important but really, we have had a ball from start to finish and that is down to the players commitment and drive to improve themselves. Their ability to gel as a group and stick together on a hockey pitch and many other things that I probably should not mention.

It has been a wonderful experience for all – lets do it again next year. 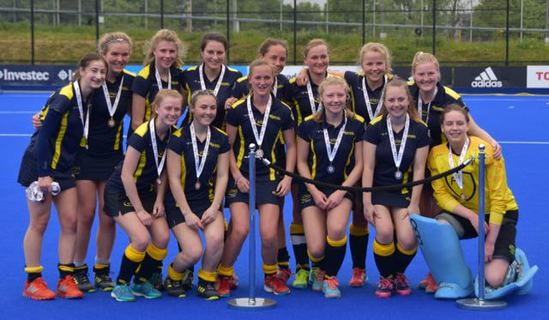