Congratulations to our U16 boys team who were runners up at the West Regionals today at Wellington School.  They have secured a place in the National Finals in Wolverhampton on the 20th & 21st January.

Their first match against a well organised and strong Cheltenham team saw them go down 3-1.  Their second match they met Taunton Vale, the boys started strong and had a convincing win.  Their final match against Ashmoor was always going to be tough and the boys knew they needed to win or draw to have a hope of coming second in the tournament.  It was a very evenly matched game with both sides scoring 2 goals leaving us with a draw – enough to see the boys through the National Finals. 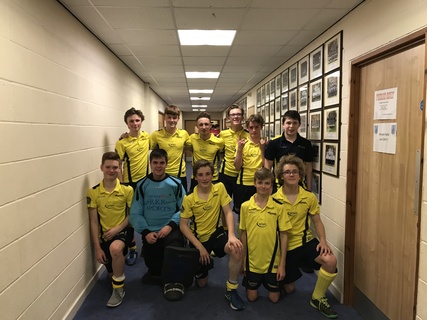