Their first match against Cheltenham saw them hold the opposition in the first half but unfortunately 2 quick succession goals early in the second half led to a 1-4 defeat.  The boys second game was against Taunton Vale and our boys quickly got into their stride and beat TV 9-0.  The third game was against Ashmoor who looked strong throughout the competition.  It was a very exciting game with the TBB boys firing on all cylinders from the first whistle, as the game went on it got more physical which resulted in a couple of injuries for TBB however thier determination and pure stubbornness meant that they came back during the second half from 4-2 down to 4-3.  The boys should be proud of themselves for producing some excellent hockey and team work – they will come back stronger next year.  Once again thanks to Rob Prentice for giving up his time to fit in extra training sessions during the past few weeks and leading the boys today.

All photos from the tournament can be found by clicking  here 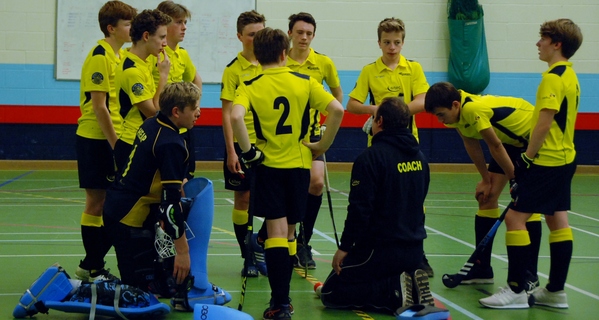